What You Should Know About the Google January 2020 Core Update

On January 13th, 2020 and just in time for the new year, Google announced that it was rolling out a broad core algorithm update, plainly called the January 2020 Core Update. This update has since taken effect and has already begun affecting worldwide search results.

"Later today, we are releasing a broad core algorithm update, as we do several times per year. It is called the January 2020 Core Update. Our guidance about such updates remains as we’ve covered before. Please see this blog post for more about that: https://t.co/e5ZQUA3RC6"

Why did Google release this core Update?

The 2020 Core Update is referred to by Google as a way to reorganize and refresh the rankings that appear in the search results to keep them as up to date and accurate to right now as possible. The Core Update is a change made to the search algorithm in its entirety. This algorithm has hundreds of factors that play a part in determining how search results are filtered and displayed. Experts in this space like to say that what happens with a core update is a reordering of the weights and values of the signals that help inform the search result rankings.

The latest update can be likened to making a list of your favorite places to eat from a few years ago. Chances are that if you were to make another list now, it would differ from the one you made a few years back. It could be very likely that a lot of your favorite restaurants and cafes from just a few years ago are still on that list you make, but since time has passed, there are new places that are bound to make the list and there is bound to be a new order in which they appear now. Your #1 place to eat may have dropped down to #3 or #4, depending on if new restaurants that have since opened up are now higher on your preference scale than the restaurant previously at the top spot.

Google routinely releases broad core algorithm updates a handful of times a year. In fact, Google also releases minor updates on a daily basis with the goal of incrementally optimizing its search engine algorithm overall. However these changes are usually too small to be detected on a mass level, so announcements about these micro-updates are deemed not necessary. Only when Google releases changes that will affect the users on a mass level will it take the action of announcing the changes as they did in this case. Furthermore, if there are steps webmasters and content producers can take, Google may opt to give previous notice, giving them a chance to do so.

Google’s algorithms are a complex system that pulls data from its search index and delivers the best results possible for the specific query instantly. Google’s algorithm changes are the company’s way of continually working towards its mission of providing search engine users the most relevant, accurate, up to date and authoritative content.

Historically, Google used to only make a few changes here and there. But as the company has developed and grown over the years, it is now standard for them to make thousands of changes to its algorithms each year. This ability for them to constantly improve their algorithms is part of the reason Google continues to be the top search engine worldwide, having garnered somewhere between 81% to 92% of the market share.

How does this update compare to previous Google updates?

The first update of the new year is unlike other specific updates that have taken place before; like the widely researched “Speed Update” that came out in July 2018. These types of updates are typically geared at making more precise functionality improvements. The “Speed Update” of 2018 was announced by Google well beforehand, months in advance, to give webmasters and content producers sufficient time to go in and make improvements to their online information that could better serve the new algorithm, as well as to increase the accuracy of the search engine page results ( also referred to as SERPS) based on the relevance and quality of the content that those pages contain.

The updates that deal with exact issues with the algorithms are normally named; for example, there was Penguin which had to do with link spam and there was Panda which was geared at keeping websites with poor quality scores from climbing the search results. Other updates that have been rolled out in the past few years include Fred, Mobilegeddon, Rankbrain, Payday and more, each with their own issue they were tackling and solving.

For content creators that are concerned about seeing their pages drop in ranking now that the January 2020 Core Update is in effect, it’s important to know that there isn’t anything necessarily incorrect or wrong when it comes to your content. It is more about how it compares to other content that is either newer or was overlooked. Since Google is taking newer content and pages that may have been missed before into account, it is important to keep a close eye on your rankings in the days, weeks and months to come.

Google does have webmaster guidelines, but again, if your page fell in rankings after this latest update, take a look at your competitors and who has risen in the rankings. If your page abided by these guidelines and only experienced a drop in rankings after the update, it could very well be that other sites were deemed more relevant or more consistent. There is also a possibility that your pages rise in rankings, due to this new reassessment.

For those concerned about a drop in rankings, there is no need to search for shortcomings in the way the pages are built. You can, however, review the content on the page and make adjustments to improve the quality of the content overall or rather ensuring that you’re providing the public with the best content possible.

A great guideline to abide by, if you’re a content creator who is worried about losing ranking scores is creating the best quality content possible, which is the major aim of the algorithm anyway. Google has released a list of questions to ask yourself that, if answered, will help you ensure great content quality if you answer them and incorporate the answers in your content strategy.

Here are a few of the questions:

You can refer to Google’s Webmasters blogs to learn more about the full list of questions to ask yourself should you notice that your page has dropped in ranking suddenly. 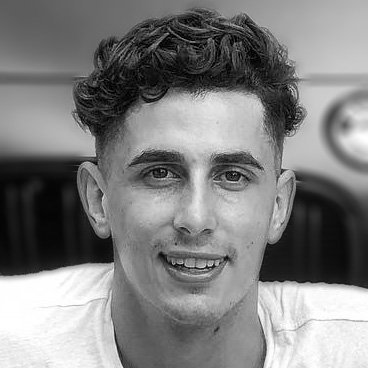